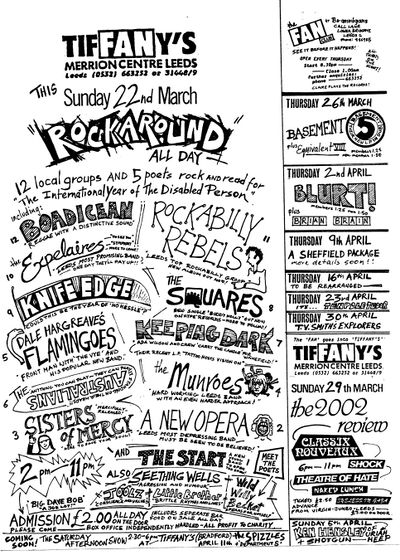 This concert is listed in the Official Gigography


and one of the seven known gigs of The Sisters of Mercy in 1981/2 with the F-Club events series in Leeds.

The event came under the header ROCKAROUND ALL DAY, subtitled with


12 local groups and 5 poets rock and read for "The International Year of The Disabled Person".

The bands listed to play on that day were announced as follows:

Anyway, here is the link to the original lovely announcement for this event *** on the Facebook Page of John F Keenan, founder of the F-Club events in Leeds.


*** from where we have (more or less) shamefully snipped the announcement picture here, hoping that John F Keenan does forgive us for the sake of worldwide information ... 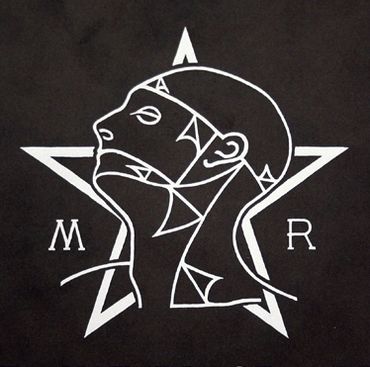 - This concert was not recorded, so the setlist is unknown to us, though very likely it consisted of: