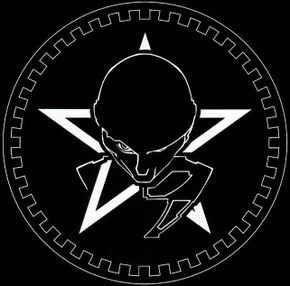 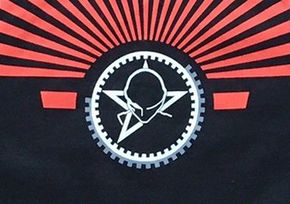 The Sisters 2017 Tour Logo - with stripes for a change


In addition, The Sisters of Mercy introduced the regular new cover for this tour, which turned out to be That's When I Reach For My Revolver from Mission Of Burma.
When You Don't See Me also made a short return to the setlist, but was soon abolished again after a second appearance in Brussels, together, by the way, with A Rock
And A Hard Place and Jihad, both of which were also not heard again afterwards. Jihad had been replaced already for the second Roundhouse gig with the new and groovy
instrumental cover Rumble of Link Wray & His Ray Men.