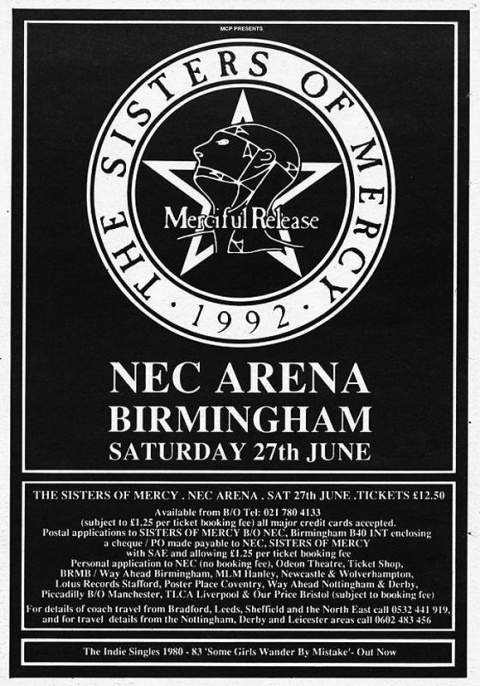 Supported by Sunshot and Murder Inc.

An audience recording from this concert is in circulation among the fanbase.


For a review see this pretty article...


A few lines from Driven Like The Snow were sung over the beginning of Vision Thing,

The end of the show was followed by the beginning of Apocalypse Now being played over the PA.