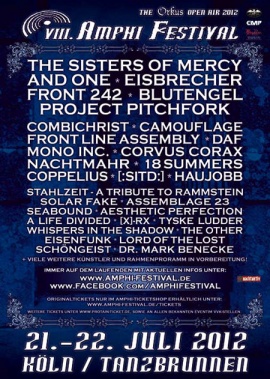 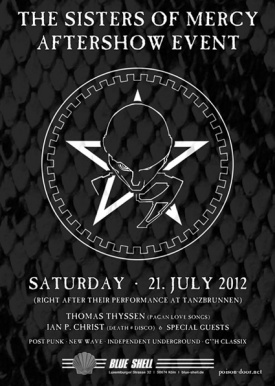 The Sisters of Mercy's first appearance at the Amphi Festival in Cologne,


where they headlined day one of the two-day event.


Project Pitchfork, did also play at this festival.

During the concert, the Irish singer Lisa Cuthbert joined The Sisters of Mercy


on stage. She did background vocals on various songs, a solo of This Corrosion


and also sang in Temple Of Love the part Ofra Haza had sung in the 1992 version.


Before the gig, fanbase-produced stickers were spread


and given away with merchandise purchases.

An aftershow party was organised by the fanbase at Blue Shell, Cologne.

Various audience recordings of this concert do exist,


and are in circulation, see Amphitamine Logic...


For reviews, great photos, more vids and everything please see the according thread on Heartland Forum from around here...


For information about more gigs around that time see also Summer 2012. 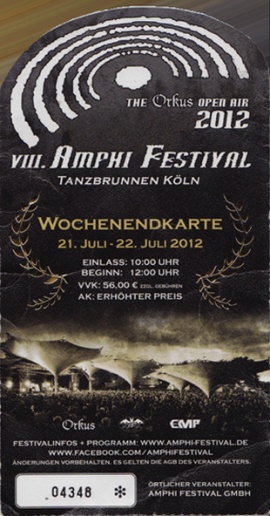 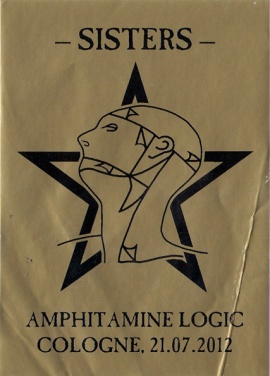 A few videos from the gig