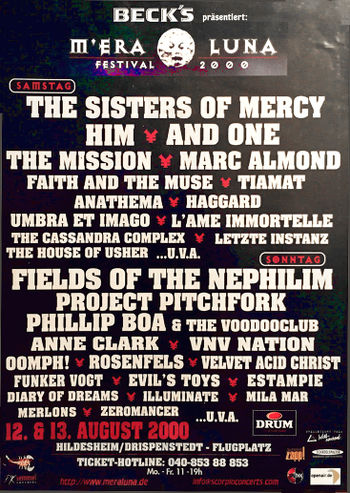 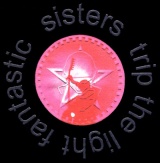 Part of The Sisters Trip The Light Fantastic Tour in 2000.


The Sisters of Mercy headlined this festival.
(The Mission also featured on the bill).

This was the first time Crash And Burn and Snub Nose were performed.

Various audio recordings and an audience shot film do exist


and are in circulation among the fanbase.

For reviews and everything see SistersTours/2000/08/12, where a few photos from the gig


are also available in the Photo Gallery.

The Sisters' performance was recorded and is in circulation among the fanbase. 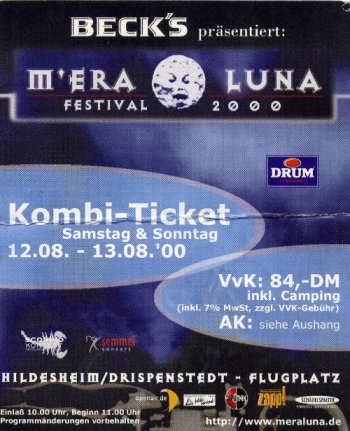