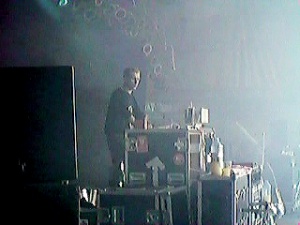 Ravey Davey on stage with The Sisters in July 1996 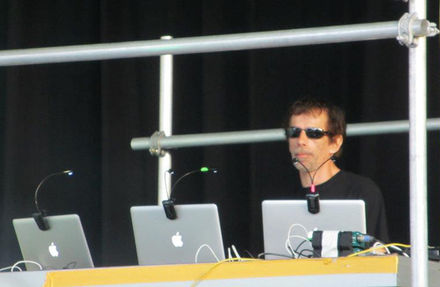 Ravey Davey on stage with The Sisters of Mercy at Amphi Festival 2012, Cologne

Ravey Davey was the first Nurse ever
to The Sisters of Mercy's drum computer Doktor Avalanche, when he toured with the band during their Roadkill Tour in 1996.

The photo here up left is taken from Rodney's Old Photo Diary of Rodney Orpheus from The Cassandra Complex, who has been good friends with Andrew Eldritch, and partly accompanied The Sisters on tour in the 1990s.

Under his real name, Dave Creffield, Ravey Davey has been working as a sound engineer and music producer, among plenty others with the West Yorkshire band Embrace. History has it that in the early 1990s, Dave Creffield worked inter alia as a sound engineer and production assistant with Jon Langford for the Leeds-based band CUD on the occasion of their Asquarius album. More recently, Ravey Davey did the drums on the song Destitute for Lisa Cuthbert's 2013 digital album Paramour...