Following the 2019 European Summer Festival Tour of six concerts between June and August introducing their new guitarist Dylan Smith, The Sisters of Mercy prepared for a worldwide autumn club tour to start in September.


While most of the dates for this tour had already been announced at the beginning of the year, two pre-tour concerts in Greece were added in April ... and only one day before the first of these Greek events, some mysterious hints at a so far unknown of performance at some strangely unavailable  venue in Antwerp appeared on The Sisters' Live News Page. 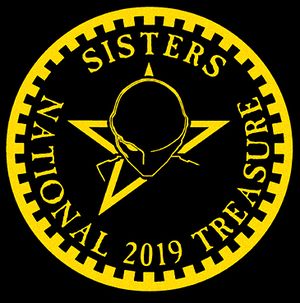 After The Sisters' last concert in Thessaloniki 10 years ago had ended in a glorious but not all that orderly way, and the one in Athens that year had to be postponed,
some years passed before The Sisters of Mercy found a way to visit Greece again. But in the wake of their summer festival activities, two concerts perfectly fitted in
and The Sisters of Mercy presented the Greek crowds with their new guitarist Dylan Smith and the introduction of a new instrumental. As support act for both gigs
they brought with them the London-based band A.A.WILLIAMS. 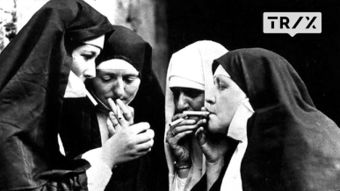 One day before the gigs in Greece, The Sisters of Mercy announced a further concert in Antwerp.
Below the tour schedule words were mentioned like

This turned out to be one of the rare Near Meth Experience gigs in preparation for the oncoming tour,

England
Support act on both these dates were Amenra.

Belgium
Support Act on these two dates were My Diligence

Denmark
After quite a long time, The Sisters of Mercy visited Denmark again. Support act A.A.WILLIAMS.

Norway
It was a long wait for the Norwegians from 2011 ... Support act: A.A.WILLIAMS.

Sweden
After 2017, The Sisters returned to Stockholm, Gothenburgh and Malmö for more. Support act on all gigs: A.A.WILLIAMS.

Poland
Support act for both these concerts were A.A.WILLIAMS.

Germany
Support act on all German tour dates were A.A.WILLIAMS.

Germany
The last concert in Germany for this round.

France
After ten years, The Sisters of Mercy played Le Bataclan again and brought with them A.A.WILLIAMS as support act.


The Netherlands
The final gig in Europe this year. Support act for the last time in 2019: A.A.WILLIAMS.