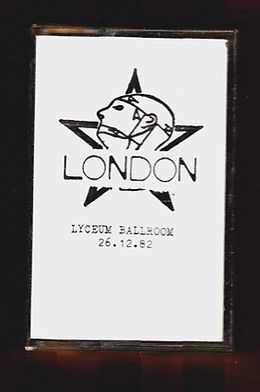 Typical bootleg-cassette of the time

An audience recording from The Sisters of Mercy's 1982 shows....

(for the cassette as much as for the CD) has been done by the respective traders
or from within the fanbase.

This is the only known recording from the concert. It is, however, in circulation among the fanbase.

see the pictures down below .... 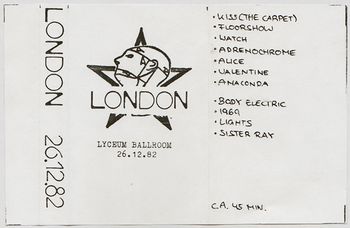 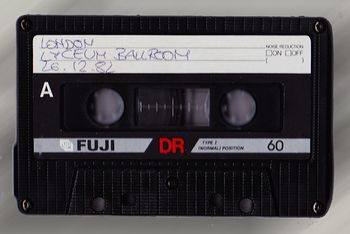 NOTE: It is remarkable, that the track list of the above tape inlay differs from what is actually known.
Possibly, the recording on that particular cassette might either be from a different gig or it might have been
complemented by some additionals tracks with the order of songs mixed to someone's personal taste ...

Anyway, all further information on this or other recordings from The Sisters' London Lyceum gig in December 1982 should be very welcome.

The above recording was released on CD later as well and then titled "Long Time Ago". Here's the coverart from that release.