Difference between revisions of "Losers" 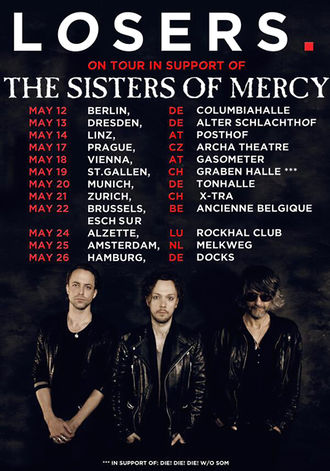 Opening act for nearly all shows of The Sisters of Mercy


on May 19th, where The Sisters of Mercy did not perform.


On the other hand, they did not appear at Festival Czyzynalia


Losers - Turn Around
(as featured on Game of Thrones)

For a first impression of their sound,


check out the official music video of the track Azan


from the album ... And So We Shall Never Part.


in the 4th season of the TV fantasy series Game of Thrones.