Gig No. 5 of The Sisters swerving into East European summer cruises


during their Sisters Bite The Silver Bullet Tour in 2006.

Some reviews of the concert can be found in the according thread
at the Heartland Forums Archives.

An audience recording from of the show does exist and is in circulation among the fanbase,
see also Nova Rock Festival 2006. Thanks to sisterstekland, a video of the whole show can
also be viewed @YouTube... or here on the right side.

Another such video was presented before by Cooler Than Jesus
@Vimeo, which can also be found here down below on the right side. 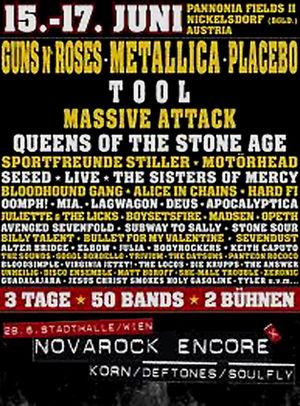