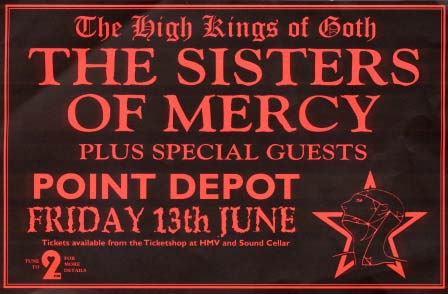 First advert announcing the gig. Later the venue was changed.

First gig by the band here since the secret Tour Thing warm-ups in 1990 ...


The concert was moved from the initial venue, the Point Depot, to the Red Box,
see the first announcement here on the right side.

A few photos from the show can be found here.

An audience recording does exist and is in circulation ...