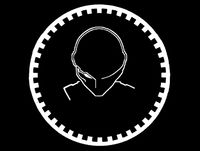 There is no full list or category of  Fanzines And Books  about The Sisters of Mercy within this Wiki as yet.
It's all work in progress, but hell... we don't know no shame.

There are currently two books about The Sisters of Mercy either recently released or still in the process of production, that can officially be ordered along various means directly from the authors. Both are as good as you can get, when it comes to The Sisters of Mercy history up to 1985. 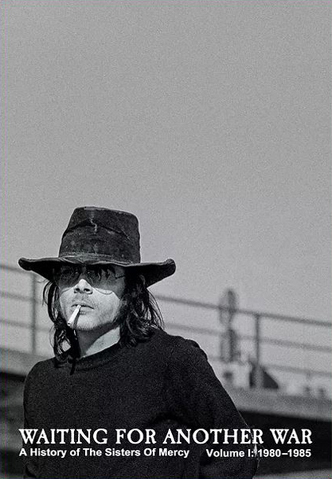 Waiting For Another War - Cover (front)


About (from the author's webpage):
The thrash of Motörhead. The mechanized anxiety of Suicide. The poignancy of Leonard Cohen.
The arrogance of Bowie. The Sisters Of Mercy combined it all to create an unforgettable noise.


From 1980 to 1985 lead singer and master strategist Andrew Eldritch maneuvered The Sisters Of Mercy
from the grimy pubs and student unions of Northern England to London’s storied Royal Albert Hall.
Then the whole thing fell apart.


Based on original research and a thorough reading of hundreds of interviews, articles and reviews,
Waiting For Another War is a chronicle of The Sisters Of Mercy’s brilliant years from The Damage Done
to First And Last And Always. Click here to read an excerpt from the Introduction.

The book can be ordered from the website of the author and is also available as an e-book now.


An extended Heartland Forum thread about this book is here including many links and lots of further interesting information from the author. A recent interview with Trevor Ristow by Paul Grace with Louder Than War can be found under this link. 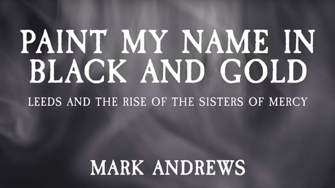 About
Throughout their ascent The Sisters remained steadfastly a Leeds band.
Paint My Name In Black And Gold is therefore a portrait of a band, but also a portrait of a city.
Leeds was, in the words of Craig Adams, "a shithole, but it was ours." Amid the violence and decay,
it had one of the most extraordinarily vibrant post-punk scenes in Britain. Out of that swamp crawled
The Sisters of Mercy. "And what a fine, fetid swamp it was" Andrew Eldritch once noted.


An extended introduction, an excerpt and further information about the author can be found here. The whole project is crowdfunded and realised along UNBOUND.
The book is currenty in the final pre-press stages with September 2021 as the envisaged date of publication. Further supporters are still welcome.

For further information and else about the long run-up to this release please check this thread @The Heartland Forums.


A short mention should surely also be made of former Sisters guitarist Wayne Hussey's autobiography titled Salad Daze which also contains some extended parts
about his time in The Sisters of Mercy. Published in 2019, 304 pages, available in paperback format for example @Book Depository or as an e-book from Amazon.

The Sisters of Mercy lyrics compilation of the songs written by Andrew Eldritch between 1982 and 1985,
released by The Reptile House in 1992. The according page is partly still work in progress.

which finally got officially endorsed by the band and re-released as an anthology.

Issues GPS 4, GPS 5 and GPS 6 are meanwhile available for free download from that page.
Excerpts from earlier issues are also accessible for reading.

Fanzines
Quite a lot of fanzines existed in the early days and were spread among the fanbase. We seriously recommend you check
the sistersbooks section at sistersbootlegs, where lots of the various publications about The Sisters of Mercy are listed
and shown in detail.


- in alphabetical order, not yet started -