A Fire In The Hull

This bootleg was first released as Live In Hull 1983 (picture up left) and then reissued as A Fire In The Hull (pictures up centre & right). It is obvious, that the first issue was the prototype for the second one. A so-called "LIMITED EDITION TEST" pressing, a variety of 7" and 10" acetates and a digipack-CD appeared some time after these first two editions, while further issues and editions are still being added ...

Source
The album features a soundboard recording of the full concert of July 1st, 1983 at Dingwalls, Kingston upon Hull,
the last gig of The Sisters's UK Spring Tour in 1983, PLUS a further two songs from the soundcheck before the gig.

What is special about this bootleg - aside from the really good sound quality - is that many of the songs were played
out of tune and were partially even messed up. With the exception of Doktor Avalanche, every member of the band had
their slip sometimes during the performance. Nowadays, it is, of course, impossible to tell why this happened.
Maybe, the fact that this was the final concert of the tour and that it took place in the hometown of Gary Marx gave rise
to a certain lack of concentration. Anyway, the audience fully enjoyed the concert. And so the listener should be pleased
with this bootleg as well.

Remarkably, as late as in the beginnings of the year 2018, a series of test pressings has surfaced described as "LIMITED EDITION TEST 2".

Also nothing is said about how many copies of this "limited edition" actually exist.

The second edition comes with a proper cover as shown in the images above and below. 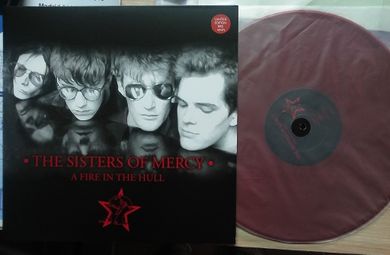 A Fire In The Hull - Second edition, here with red vinyl (overview) 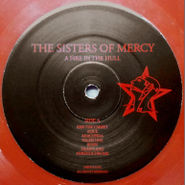 The multi-coloured splattered vinyls of this edition are limited to very low numbers of copies and they are all done on clear vinyl. Three rows have, however, been produced so far. The first series was distributed at the same time as the single-coloured vinyls, while the second series arrived some months later in early 2017; and the third issue came up towards the end of that year.

Existing colour combinations of this issue are:

According to information @Discogs, there are only 8 copies of each colour combination. However, when these item were sold on eBay, the seller claimed that only 3 copies of each would exist, with the exception of the black, white, green and yellow splattered clear vinyl, of which there were only a single 1 (= a total of 10 multi-coloured splattered vinyls). Anyway, these copies are not numbered.

Only very few copies of these colour combinations were made, delivered in the regular cover without any sticker.
Remarkably, the vinyls come with plain black labels without any print.

Towards the end of the year 2017, a new variation of coloured splattered vinyls arrived, this time made on white vinyl and with fully printed black labels again.


Existing colour combinations of this issue are:

A third edition - also consisting of rare test runs - has recently surfaced.
It is a reissue on single-coloured darkred, darkgreen, purple and red marbled purple vinyl with plain black labels.


Only four copies exist of the darkgreen and the purple vinyls, and three copies of the red marbled purple vinyl. Of the darkred issue,
an unnamed number is produced. The cover of these copies is the standard one from the second edition. 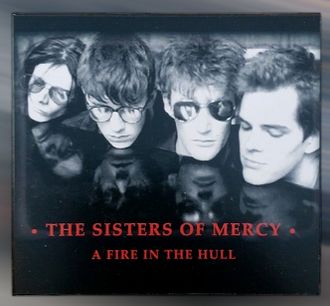 A Fire In The Hull - CD Digipack (front)

This digipac-CD of the bootleg A Fire In The Hull features the same content as the vinyl versions
and has first been seen some time in 2017.

or definition of the numbers of copies issued on the cover.

RECORDED ON THE SOM MOBILE
PRODUCED BY ROUGH MOUSE
SPECIAL THANKS TO LG
and
A VERY MERCIFUL RELEASE HAMBURG GERMANY
ALL RIGHTS RESERVED. LIMITED EDITION. 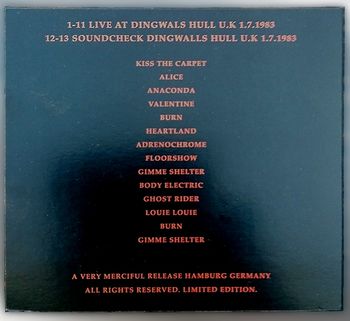 A Fire In The Hull - CD Digipack (back)