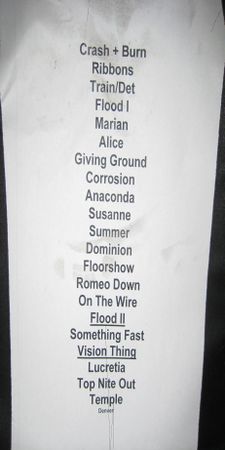 Setlist from the gig 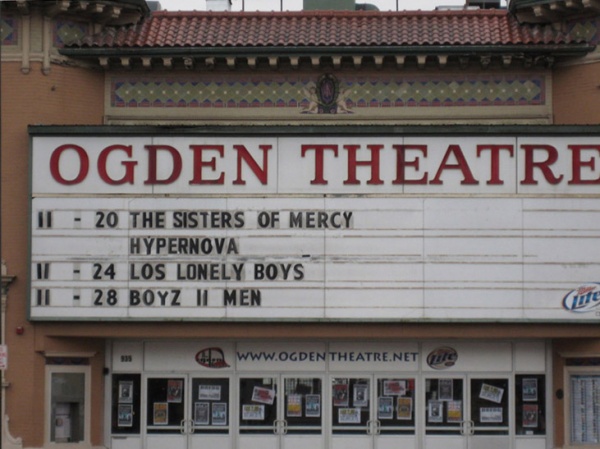 The Sisters of Mercy in Denver 2008 - Support act: Hypernova 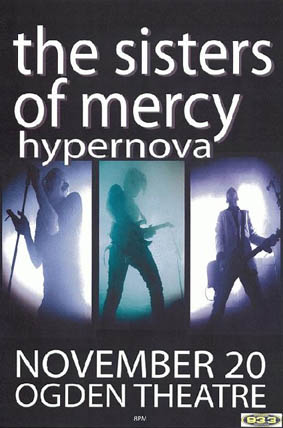 
After two gigs at the Fillmore Auditorium in 1999 and 2006, it was the Ogden Theatre this time.

For reviews and everything see TERRIBLE DENVER at Heartland Forum Archives...


A recording of this concert has not been reported so far. 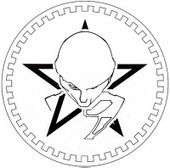